"The Killing of Robert Kennedy" 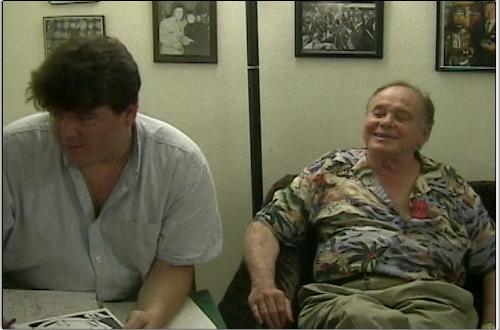 Ted Charach spent a large part of his life trying to explain to the public that Thane Eugene Cesar was the person that killed Senator Robert F Kennedy, not Sirhan Sirhan. For me, the Tom Noguchi autopsy showing that RFK was shot 3 times with a gun only 1 to 3 inches away, together with all the people there saying, include Karl Eucker (the person that grabbed Sirhan after the second shot), Sirhan never got that close is enough proof for me. The web page of Ted Charach and to order the Second Gun $19.95 is http://www.secondgun.com/
Here is a link to the Second Gun, the classic movie by Ted Charach and Gerald Alcan telling all about the case against Thane Eugene Cesar.
The Second Gun
If this web page is down, here is an alternate method to get "The Second Gun" on VHS tape:
Send $20+$5 (s&h)=$25 to: Telecommunications News, PO Box 396, Beverly Hills, CA 90213. Remember to include a message indicating that you want "The Second Gun" and the address to send to.

On January 17, 2009 I revisited Teddy Charach, nearing age 80, and he had, as usual, many many things to say, and is as clear spoken as ever. Check it out, he talks about how the shill Robert Kaiser showed up at their press conference and started yelling "Liar!".


Back to Main Page